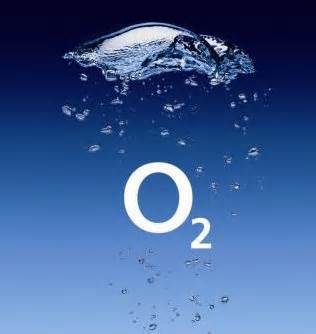 For many decades, doctors and scientists alike had been trying without success to stabilize oxygen - one of nature's greatest disinfectants - in an emulsion form. Oxygen, it seemed, was simply too volatile to be harnessed this way. The breakthrough came when Dr. Paul Herzog, holder of an honorary doctorate from the Nobel Institute for work in epidemiology and the invention of an artificial respirator, managed for the first time ever; to do what many had thought was impossible: he stabilized oxygen in a cream. It was understood this advance in technology could provide countless benefits in the medical profession, because oxygen is safe, natural, and highly effective at oxidizing bacteria. It was later that the incredible benefits oxygen could have in skin care were discovered. While many skin care companies used all sorts of ingredients to try and attract oxygen to the skin, the VITA-A-KOMBI emulsion that Dr. Herzog developed could actually deliver it. This had never been done before, by anyone. The now patented, pharmaceutical-quality emulsions that the slightest error in their production can make them unusable. When made properly, as in the VITA-A-KOMBI and other KARIN HERZOG oxygen products, the result is an easy-to-use, preservative-free emulsion that remains stable for years. And because the VITA-A-KOMBI emulsions work to "normalize" skin, they can be used effectively on all skin types, from the most sensitive; to those with severe problem skin (the bacteria that cause acne cannot survive in the presence of oxygen). You will find that no other skin care line can achieve the phenomenal results you get, for all individuals. Best of all, the results are quick and visible.

For the skin to function properly, it must have an adequate supply of oxygen. Studies were done in Europe using a device call the HOFFMAN - LA ROCHE OXYGEN ANALYZER, a machine which accurately measures the amount of oxygen present within the skin. What was revealed in these studies was that, even at the age of 25, there is a substantial decrease in oxygen from what is present in the skin of a healthy teenager. In addition, for skin to function at its best, to remain healthy and fight the appearance of aging, it must have adequate oxygen. As we get older, the capillaries that nourish the skin become fewer and less permeable, allowing less cells further decreasing cell function. The skin is no longer healthy and begins to look dull, gray, and lifeless, does not function properly on its own, and can be much more prone to the effects of aging. KARIN HERZOG products work to restore the natural vitality of the skin.

With VITA-A-KOMBI as the corner stone of the totally original line, KARIN HERZOG has designed a number of products, with the minimum of effective ingredients necessary to maintain healthy and young looking skin, including oxygen, vitamins A and E, and natural fruit alpha-hydroxy acids. All the KARIN HERZOG products distinguish themselves dramatically from other products marketed in the more traditional lines, allowing you a fundamentally new, highly effective, yet simple and natural way to have beautiful skin. The CLEANSING CREAM is of an entirely distinctive texture, and the MILD SCRUB uses only natural marble grains (instead of the more commonly used synthetic grains), marble being one of the few substances that, when ground, remains perfectly round so as not to irritate even sensitive skin. There is the same attention to quality and detail in all of the products. Even the water that is used is considered to be of the "injectable quality". And because so many of the KARIN HERZOG products can be used on all skin types, you are not required to buy four or five different types of cleanser, tones, masks, etc., that many lines require you to use, making your investment in KARIN HERZOG easier and more efficient.

HOW DOES VITA-A-KOMBI WORK? Simplicity: Oxygen, Water, Vitamins A & E

The oxygen is actually stabilized in the form of hydrogen peroxide (2H202). When the VITA-A-KOMBI emulsions make contact with the skin, the stabilized hydrogen peroxide is converted into oxygen gas and water (2H202=2 H20 + 02). The intense pressure that results from this transformation forces oxygen into the skin, the path of least resistance as the cream forms, a barrier to the atmosphere. This type of transformation from a liquid to a gas, and the resulting pressure that occurs, is similar to the process, which is used to propel hydrogen rockets into space. With this oxygen run, the water and vitamins in the VITA-A-KOMBI are carried along-providing instant hydration-and a "micro-massage", which can stimulate blood circulation and improve cell metabolism. The cells receive more nutrients, function more effectively, and achieve a normal level of metabolism-no matter what the skin type. Oxygen and water help in the production of more collagen, and work to prevent free-radicals and "cross-linking" (cells lacking oxygen and water can be more prone to producing the harmful type of free-radicals, the kind that remain active longer than normal, which can cause damage and early death to cells leading to premature thickening, wrinkling, etc.) In addition, oxygen and water help in the glycolysis, which provides the skin cells with energy, they need to reproduce. The glucose in the cream provides the universal energy substrate. Vitamins A & E are also excellent free-radical scavengers, and Vitamin A is widely recognized as one of the most important nutrients in fighting aging skin.

With some of the most simple, natural, and effective ingredients available, KARIN HERZOG strips away the nonsense from skin care, providing you with only what is essential for healthy-looking skin. KARIN HERZOG provides the simplicity you want, and the results you demand. All we ask is that you try it once, you will be amazed.